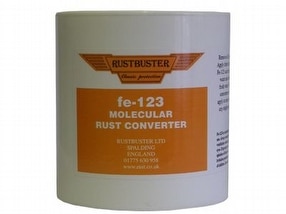 High acid rust converters have been very popular in the treatment of rust but have shown only limited success in its prevention. Rustbuster fe-123 uses modern rust conversion technology contained in an eco-friendly compliant binder, containing zinc phosphate.
High acid rust converters leave residual acid in the steel's pores and this causes failure due to osmotic blistering. Often this cannot be removed by neutralising with fresh water and because of this introduces a new problem to the steelwork.
For true passivation to occur the reaction within the rust layers needs to be homogenous.
Due to its high molecular weight fe-123 can attract and incorporate several iron atoms. In addition each single atom can be linked to three different molecules with fe- 123.
The Result…
fe-123 envelopes rust at a molecular level, developing into a neutral layer which exists between the steel's surface and the atmosphere. This neutral layer prevents the migration of ions so that no chemical reaction can occur at the metal's surface. Recent independent testing by 'PRACTICAL CLASSICS' magazine April 2011 proved that fe-123 not only converted the rust but also left a foundation that could be painted over without neutralising and came BEST IN TEST scoring ten out of a possiible ten ponts. If you would like a copy of the report you can down load from the top of this page. We where also awarded best in test by CLASSICS MONTHLY in there 2011 long term test results.
Where to use fe-123...
Inject fe-123 into hidden cavities, prior to injecting a cavity rust proofing wax, on rusted steel and components, on moving parts, nuts, bolts, drive shafts, uj's, leaf springs, railway hardware, radio masts, gas and oilfield pipelines, on all exposed steel in aggressive environments. Dilute as a dipping system or as a primer prior to using conventional paint coatings over rusty or badly pitted steel.
CREVICE CORROSION !….
Crevice corrosion will form where the passive layer inside the crevice or seam can no longer regenerate due to insufficient oxygen within the crevice or seam this could be due to dirt or other contaminants blocking the seam or crevice, the area trapped within the seam will become more anodic ( less noble) than the surrounding surface steel. Rust formation will occur as soon as humidity comes into play with the rust working its way out of the gap in the crevice. This type of rust formation can be up to 400 times faster than that of surface steel due to the lack of oxygen but presence of humidity. These areas can be successfully treated with Fe-123 even within hidden cavities the product can be injected into the seams the hygroscopic action of Fe-123 will allow it to penetrate the damp substrate and seal the rust within the crevice. If the problem area is an exposed crevice or back to back angle then as much as possible the area can be cleaned out and the fe-123 injected into the crevice. Fe-123 can be used to treat crevice corrosion in back to back angles, seams, tubing, steel structures, Bridges, Towers, Conveyors, vehicle chassis and any area of crevice corrosion. Where blast treatment, dipping or power tool cleaning are not an option.
Building & Construction
cavitiesConverterfe 123hiddenRust
View Product 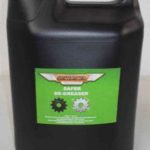 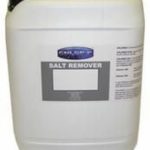 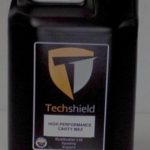 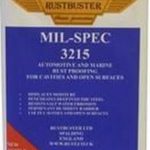