One of 517 containers that fell off cargo ship sai

Read more
Lucy Smith | Tuesday, 25 February 2014
One of 517 containers that fell off cargo ship sailing from Rotterdam to Sri Lanka
Maersk container
Posted by admin on February 27, 2014
A shipping container carrying 14 tonnes of cigarettes was discovered washed up at Seaton on the East Devon coast on Sunday (23 February).
The 40ft-long container was found at Seaton, on the Lyme Bay coast, and is believed to have fallen overboard a Maersk cargo ship during a storm in the Bay of Biscay on 14 February. Officers cordoned off the beach near Beer, Devon, where the container, which could hold an estimated 11 million cigarettes, was floating in shallow water. Yesterday (24 February) the Maritime and Coastguard Agency (MCA) confirmed that the cigarettes have been cleared up and taken to a secure storage area. The container was one of 517 that fell off the cargo ship said to be sailing from Rotterdam to Sri Lanka. A police spokeman said: The police and the MCA were expecting it, we just didn’t know where on the coast it would arrive. It might well be the only one to make it this far.” Officials said that most of the containers have sunk, many of which were empty and probably sunk in French waters, but at least two have been seen floating towards the UK. The MCA’s aerial surveillance aircraft has searched UK waters, and vessels passing through the Channel have been warned to report any sightings. The Maersk shipping container found on Seaton beach is being cut up and removed. An MCA spokesman said: “We are now working closely with Maersk to ensure they recover their containers, which are their property.”
Building & Construction
CargoContainerdiscoveredMaersk
Read more 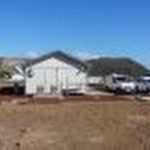 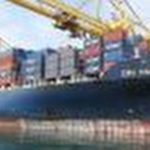