This is Aldi's main advertising slogan and now, with over 300 outlets in the UK (50 more were opened last year alone), this very successful German family-owned company is rapidly expanding its UK operation from its small start in 1990. They specialise in having Ã¢â‚¬Å“normalÃ¢â‚¬Â prices which usually beat the supermarkets Ã¢â‚¬Å“saleÃ¢â‚¬Â prices.

One of Aldi's main commitments is to use environmentally friendly and energy efficient freezers. These, however, do consume a great deal of electricity. When last year the company's existing supply contract with their electricity supplier came to the end of a fixed price period they were faced with a massive increase in energy costs. They looked hard at ways of reducing this and realised that the refrigerated storage facilitiesÃ¢â‚¬Âbehind the scenesÃ¢â‚¬Â at their premises were the biggest consumers of electricity. Nick Ridley, Aldi's Logistics Director based at their Darlington regional distribution centre, decided there must be a better way to handle the distribution of their frozen product range and his researches discovered Olivo portable insulated containers. Now they have 300 Roll 900 units, using the Siber System of controlled injection of liquid CO2 into special tanks in the top of the containers. There are two injection stations at the Darlington RDC Ã¢â‚¬â€œ used for different gas quantities dependant on the time that the goods are to be kept in the containers (whether in transit or storage at the shops).

This trial of Olivo containers started last summer and was phased into the shops in the North East and Yorkshire areas by February this year. It is working so well that Aldi are planning to go nationwide with this system in six months time. The whole Aldi group worldwide (over 5,000 stores) is keeping an eye on this operation with Aldi Australia already starting their own trials.

Apart from a considerable reduction in the electricity bills at their stores it has released a large area in existing shops and new ones are now being built without the refrigerated storage facilities. In addition, Aldi can always ensure that the containers are well filled with stock to ensure that there is never a shortage in the actual stores Ã¢â‚¬â€œ after all, an empty shelf is the biggest sin in the retail world Ã¢â‚¬â€œ as they can now deliver daily rather than twice a week. One store manager commented to Nick Ridley: Ã¢â‚¬Å“I'd rather take a pay cut than lose the space the containers have given us!Ã¢â‚¬Â. There is the added bonus in cost savings in that there will no longer be any need for expensive (both to purchase and operate) multi-compartment refrigerated vehicles as dry-freight trailers will be used in the future.

The Olivo containers currently in user are fitted with metal feet rather than the more usual castors as Aldi's operation is 100% geared to the use of lift and pallet trucks. As chilled products tend to take up more volume they are also currently trialling a larger Roll 1400 (this has 9 metal feet for added strength).

Nick Ridley said recently: Ã¢â‚¬Å“We thought this new system with the containers would be more hassle but it most certainly isn'tÃ¢â‚¬Â. He continued: Ã¢â‚¬Å“This whole operation is saving us a considerable amount of money as well as improving our logistics efficiency and continuous availability of products at store levelÃ¢â‚¬Â.

Olivo, who are based near Lyon in France, have been in business for more than fifty years and have sales offices in the UK, Spain and Singapore. There are many food, pharmaceutical and logistics companies around the World who have found that by using these high quality containers for their operations they have not only reduced their costs but considerably improved their distribution systems. 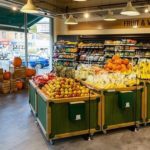 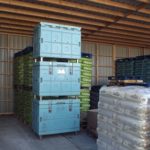 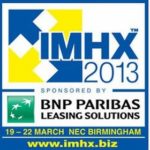 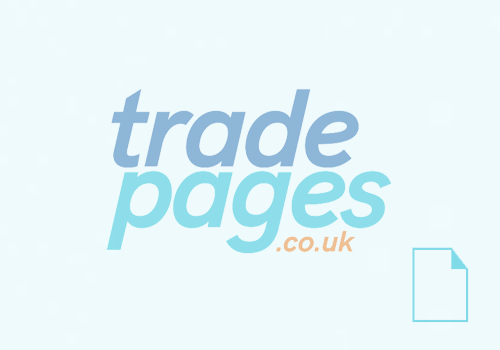 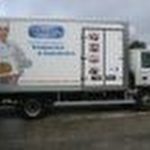